Marching to Zion: My Pilgrimage to Israel #BlackLivesMatterEverywhere!

On August 6th I left NYC to travel to Israel for a conference and Holy Land pilgrimage led by a powerful sister named Mahalayah Goodman she wanted Black people from throughout the diaspora to come together to build spiritually during these hard times.

I have always wanted to visit Israel but I also know that the current political situation there is deeply unjust but while many progressive people focus on Palestinians hardly no attention is given to the racism Blacks who live in Israel face from the hands of Israelis and Palestinians. I knew before I went to Israel that I wanted to see how my people lived there, currently there are indigenous Black Palestinians who are unmixed, African immigrants and Black Hebrews who have lived in Israel for over 40 years.

I chose to go to a conference and pilgrimage planned and led by a Black woman living in Israel and our tour guide was a Bedouin man whose family lived in the Judean mountains since they immigrated to Israel in the 1800’s (since Israel has been conquered by various groups since ancient times many of the indigenous people are mixed and many people live there who may not necessarily be from there even if they aren’t White Israelis). We stayed in Tel Arad one of the most diverse towns in Israel and everywhere we went we saw Black folks: Sudanese, Hausa, Ugandan Jews and of course Ethiopians. Israel is a lot more diverse than people know since technically it’s in Africa, I would suggest viewing the documentary The Northeast African Deception for more information about what Blacks who are indigenous to Israel go through.

On our last day we visited Palestine which is home to the Cities of Jericho and Bethlehem and we learned first hand from Yonise our tour guide what Palestinians and non Whites go through. When we got to Jericho a Black Palestinian boy welcomed us with a big smile and shook our hand, I prayed for his protection and that the injustice he will face from both sides won’t steal his joy. 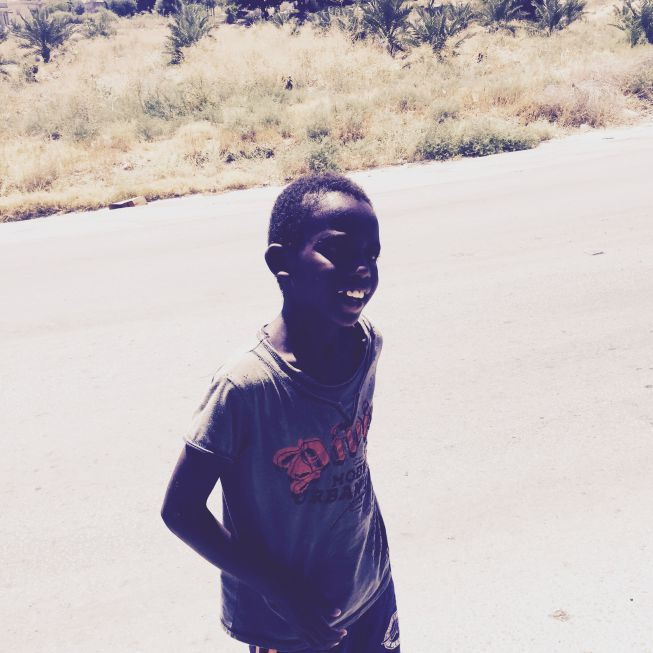 My group consisted of Brothers and Sisters from various parts of the U.S., London and Israel and we became a spiritual family. We prayed together and honored Mike Brown on the 1-year anniversary of his death during the conference where I closed with presentation on what the Black Woman and her children are facing across the globe we also honored the 5 Black women who died in police custody in July 2015.  Throughout the conference and the week  we discussed strategy and organizing for our people on every level spiritual and politically.

I was also able to get some much needed rest so this was like an extended Sabbath 😉.

We had a powerful time of prayer at the wall of the only temple remains from the period of Solomon in Tel Arad and these remains were discovered by a Black man. As we prayed we wailed for our people. At the river Jordan I remembered my enslaved ancestors who sung of being baptized in the Jordan and  was joined by brothers from the Akan tribe of Ghana who spoke of what would happen to those who enslaved us and talked about the slavery that happened right in Ghana!

Overall this was a life changing trip and I am inspired to uncover the hidden Black presence in Israel!

Check out my photo slide show from my trip:

Published by Editor In Chief

Eric is the creator of Writing for the Soul Workshop™, an author and philanthropist. As Editor In Chief at TGIM Digital Publishing, Eric coordinates online/print publishing cycles and manages content areas. View all posts by Editor In Chief